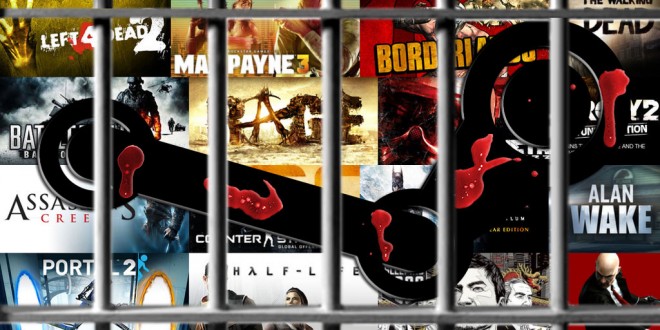 The Power Of Steam

Having been a member of Steam since mid 2009 I have had some time to build up a decent game collection. With right around 300 paid games linked to my Steam account I have found myself anxious for the Steam Box. When I see a good deal on a particular game, whether I need it or not, I buy it. Some, to support the developers, and some, just for the sake of owning it. With a collection of around 300 games valued at $3,554.21 retail, I would be considered by some a game hoarder. This past month I ran into an issue.

I attempted to purchase Terraria on sale for $2.49. I gladly entered my credit card information and submitted my purchase. Four times I received a rejection from Steam. They claimed I was putting the wrong 3 digits from the back of my card. I verified this and attempted again. Still my card is not allowing the purchase. I decide to then contact my bank to see if they are having an issue. They state that the charge from Steam is being marked as fraud, but, one charge did successfully go through. My bank  recommended that I contact Steam and verify that this transaction was successful.

I looked around Steam’s website searching for some sort of contact us button. Any way to find some live support. I was routed to a simple “Enter your question here” box. I sent a simple and direct message stating that the bank put the funds on hold, but, one of the charges had gone through. I mentioned I did not see the credit in the Steam system granting me this game. Being business hours I hoped for a decent response time. I watched in horror as the game went back to the normal price while I waited for a simple answer from anyone at Steam Support.

About 24 hours later I received a message stating that my card was declined because the security code did not match. I get a cut and paste response to my issue talking about CVV2 codes and 10 days blah blah blah…  I verified with my bank that I was running my card correctly. I replied to the messaging informing them the bank found their transactions to be fraud and that was stopping my transaction. I only asked that I receive the special price I attempted the 5 or 6 previous attempts at.

Five days later I receive another reply from Steam telling me that Steam does not offer discounts to purchases made before or after sale periods. I kept my purchase in the shopping cart and never removed it. They did nicely put an asterisk next to my price and make a note of the new full price of the item. As an encouraging word they stated I could watch the Steam News feed for more upcoming promotions.

At this point I am livid. I relaxed and replied in as nice of a way I could manage at the time. I informed my support person that if they had responded to my support request before the sale was over I would have run my purchase again. The bank informed me the transaction was successful. I let them know that I have purchased over 300 games from Steam and have had very few interactions from support. I contacted them immediately with the issue and made this very simple request.

To this I get a reply of “if you accidentally purchase multiple copies we will be happy to assist you in returning them”….

I have sat on this issue for about a week now since this final reply. I have let the steam from my ears die down and have looked at the true issue. I have tried to look at both sides of the problem and come to some sort of understanding. My understanding is now that my value to them is no more than $2.49. Having purchased over 3000 times more value in games from them than this transaction… They couldn’t reach out of the box a little and give me what I would consider decent customer support? I would have been more satisfied with a hard to understand support agent from India, than, to be ignored, disrespected, and dejected. I would have had an opportunity to speak with someone and solve my issue within an hour, rather than having it dragged over a weeks time.

I have made the decision that I will not purchase another game from Steam until my issue, which they closed, not me, is resolved. If after a point of time I find that my Steam account is no longer of value to me I will sell my account to the highest bidder. Games that I am looking to purchase over the Christmas holiday such as Rocksmith 2014, I will be purchasing through Amazon, unless this issue is resolved.

Have you had a similar experience with Steam support?

I am a software developer and podcaster. Catch me weekly on Infection - The Survival Podcast at https://infectionpodcast.com
@BoiseComputer
Previous TeamViewer for Linux
Next Linux Servers Being Compromised