I wanted to bring up a new program you might see popping up here in the next few months. It is very similar to OpenOffice and it is called “LibreOffice”. This new program is a fork of OpenOffice and is also compatible with all the other major office suites you may be comfortable with. One reason it has been so noticeable lately is that many major Linux distributions such as Ubuntu are including it in their latest releases in place of OpenOffice. A number of the developers of OpenOffice felt that Oracle, who had purchased the previous owner Sun Microsystems, were going to discontinue the project or take a less open approach to OpenOffice development. After losing many of their core developers Oracle announced last month that they would be terminating the commercial development of OpenOffice.

OpenOffice may stick around for many years to come or it may fall by the wayside. Now that OpenOffice is a community driven project we will just have to wait and see for a little bit. I will point out some advantages that LibreOffice does have over OpenOffice at this point in time. LibreOffice does work faster on older computers and used less RAM. LibreOffice includes dictionaries that OpenOffice was no longer including in their default installation. Also LibreOffice is working to depend less on Java which will speed things up overall and remove the danger of Java exploits. LibreOffice also puts out releases more often than OpenOffice has which will include new features and bug fixes. Since both these applications are free I encourage you try them both out. At this time you may not see a large number of noticeable differences, but, I am sure over time there will start to be a definite separate between these two products. Hopefully either they merge their resources or OpenOffice starts to really go in the right direction from the recent changes.

I am a software developer and podcaster. Catch me weekly on Infection - The Survival Podcast at https://infectionpodcast.com
@BoiseComputer
Previous Installing Linux Guide
Next i48 Boise Film Festival 2010 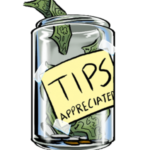